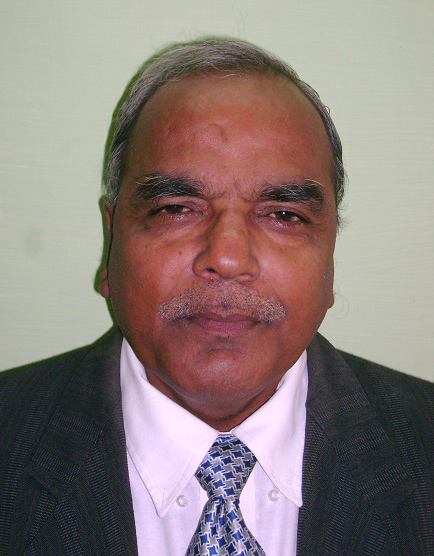 Dr. Kumar, when I look at the number of literary journals and anthologies that you have edited, I am astounded by your capacity and drive. It is obvious that you have a very strong love of literature, and a relentless passion to promote contemporary authors. How did all of this begin? Do you still actively recruit interesting writers to contribute to Taj Mahal Review and other anthologies, or do they find their way to you themselves nowadays? And do you notice changing trends and genres in the submissions that you receive today, as opposed to those in previous years?

Dr. Santosh Kumar: I'm deeply obliged for your kind words. Most of the authors have been contributing to Cyberwit's journals and anthologies for quite a long time. Their sustained interest heralded the emergence of our Art & Poetry Journal Harvests of New Millennium. A change seems to be discernible in the increasingly large number of submissions received by us. Haiku seems to represent the new age of authors. This genre is admirably suited to the frenzied pace of modern civilization.

Adam Donaldson Powell: Literary journals and anthologies were quite popular in the 1970s, 1980s and 1990s, but there seems to be fewer that survive and flourish today. One might think that – with our fast-paced, instant gratification world of today – such publications would find a much larger public than they presently do. Although not a literary magazine, Reader's Digest has been in circulation since 1922, has a global circulation of 17 million, and boasts editions in twenty-one languages. That would suggest that the need for much information, in one place, in digestible servings is self-evident. Is this also a possible new area of renaissance in literature? Can you comment upon the importance of literary journals and anthologies as a publication form from today's perspective, as opposed to previously? Can literary journals and anthologies today survive as mere print magazines, or is it wise to have a web edition in addition? If so, how would/do such web journals and anthologies pay for themselves – through subscriptions, advertising?

Dr. Santosh Kumar: Literary journals and anthologies in print editions will definitely survive in this postmodern era of chats, videoconferencing, e books, CD, digital depositories due to these reasons: (1)Electronic publishing reaches only a minority of people in developing countries like India due to illiteracy (Nearly 50% of Indians are illiterate), and lack of technology. (2) Printed books are a hundred times better than web editions due to portability, usability and aesthetics. Binding, artistic cover, and typography turn the printed books into art objects. (3) The quality, merit and scholarship is decreasing in e publishing. Anything without any merit can be published by electronic publishers. (4) The printed books can be read in bed, in the train, bathroom, restaurant. Will I drag out my computer in all these places?

Adam Donaldson Powell: You have a distinctive style of literary criticism this is highly «academic» in the way that you cite historical and literary references and present astounding comparative analysis. That kind of literary criticism takes perhaps a lifetime of reading, studying and dedication to world literature in order to master it as a form. I imagine that it also requires quite a bit of work locating specific references and quotes. Could you comment on: 1) the importance and function of literary criticism today, as opposed to the previous century; and 2) the pertinence of academic critical literary essays as opposed to less-academic ones? Do you sometimes vary your style of criticism in regards to genre, the individual work, and the tailored and specific needs of various authors and publications receiving the reviews that you write, or is your style your «trademark»?

Dr. Santosh Kumar: The main function of literary criticism is to be a "disinterested endeavor to learn and propagate the best that is known and thought in the world" (Matthew Arnold). Derrida's (b. 1930) Deconstruction theory emphasizes "a dismantling of the structure of text itself". In the modern age, Derrida's new theory inspired the critics to re-interpret the classical poets and also Shakespeare. No doubt, a critic changes his style in regards to genre. I try to conceive the essential nature of the book I'm reviewing. For example, the breath and spirit of all books by yourself - Adam Donaldson Powell - can be understood only if we study Platonism and transcendentalism. Without this, the criticism of Powell's poetry will be incomplete. Similarly, in order to understand Ban'ya Natsuishi's haiku poetry, we should have knowledge of Japan's classical poets.

Adam Donaldson Powell: It would appear from your Cyberwit.net bibliography that you began publication of your own editions of poetry rather late in life, starting with «Helicon» in 2006, followed by «New Utopia» in 2008, and most recently «No Nukes» in 2009. All three of these important works have passionate sociopolitical messages. How do you define your «literary figure» as an author of books, do you have other previous literary (non-academic) publications to your credit before these three poetic works, and how would you react to the premise that authors have a socio-political responsibility as world citizens?

Dr. Santosh Kumar: Even before Helicon was released in 2006 followed by New Utopia (2008) and No nukes (2009), some of my poems were published in Indian Verse by Young Poets (Calcutta), Krishna Srinivas's Anthologies World Poetry 95 & 96, PROMISE (USA), (DWAN). In fact, the internet created a great upheaval, the beginning of a new life in the field of World literature. Now the poets aspiring after publishing their poetry became eloquently optimistic that a happier and brighter future was possible in the arena of creative arts. To add, NO NUKES (2009) is based on my earlier thinking nurtured in my heart during 90s. Nuclear darkness will clear away, the world will be renovated and Utopia will be brought about by some incarnated angel (Divine Daughter in NO NUKES) with sacred powers of super psychism strong enough to destroy about 20 thousand nuclear weapons. I have been devoted to this thought for quite a very long time. The modern poet should express poignantly the devastation by nuclear rain, and the spiritual sterility and indifference of contemporary society.

Dr. Santosh Kumar : The author should be the prime mover, and provide impetus in answering the contemporary problems in an artistic way. All attempts should be made to avoid nihilism and pessimism. With richness of passion, spontaneous emotion, subtle use of ancient myths and traditions we should criticize proliferation of nuclear weapons. This will undoubtedly be a tremendous thing if several authors become united against nuclear war in order to save the extinction of our earth. Witty and satiric writings with this antinuclear vision will provide both entertainment and a call for reflection. Literature - as you wisely - say should deal with "deep thematic questions". Poetry should no longer be considered an art form of escape.

Adam Donaldson Powell: If you were asked to list your five all-time favorite authors, active before this century, who would they be ... and why? Which contemporary authors do you personally believe will be remembered one century from now ... and why?

Adam Donaldson Powell: And finally, Dr. Kumar, what is your own personal vision for India as a nation as regards to publishing international literature? Do you seen Indian publishing houses as potentially taking the lead in this area, as the economies of the United States and Europe change in size and prioritized business sectors?

Dr. Santosh Kumar: I feel that the USA and Japan will take the lead in publishing international literature. India might take a lead if our infrastructure including streets, transportation is improved. Besides, there are starvation deaths, half of the population is illiterate. Mother Teresa is unequaled by anyone in her tremendous efforts in India to improve the conditions of the poor.