Conor Wrigley is a writer, musician, and philosopher from the United States of America. He graduated from Millikin University where he studied political science and philosophy. His studies began at an early age with a deep interest in the philosophy of Nietzsche and a heavy interest in metaphysics, politics, mythology and esoteric and occult topics which he continues to study today. In his free time he likes to read various works of poetry and literature as well as spending time in nature and working on various music projects.

Steve Kilmer is a 56 year old musician who has played all over the world including the White House in 1998. “I took up poetry a year ago. I have written over 200 poems since that time. I write to kill the demons that live inside me. I live to write poetry.”

Alexander Kozhukhov ― is a great Russian photographer. He is born on December, 18th 1956 in village Staroselye, Smolensk Oblast. At the time of the USSR served in military fleet. Now lives in Magnitogorsk. Photos by Alexander Kozhukhov show the beauty of Russian earth as visual continuation of poetic tradition by the great Russian poet Nikolay Rubtsov. They can be compared with art of haiku ― expressive simplicity and laconicism of forms. Alexander's works took part in various exhibitions: Sochi. «The nature reserved». 2010; Ufa. «Wildlife of Bashkortostan». 2010 and 2011; Moscow. A photomarathon «Courage and Humanism» 2012; Chelyabinsk. Photo-exhibition of «The oddities of winter» 2012; Moscow. The international photo-exhibition «Man, habitat» 2011; one from his photoworks is placed in The State Russian Museum, St.-Petersburg, sector of a modern photo. 2012. His works are published in Taj Mahal Review (Vol. 9 Number 2 Dec. 2010), Harvests of New Millennium (Volume 6 Number 1 Jan. 2013), Taj Mahal Review (Vol. 12 Number 2 Dec 2013). 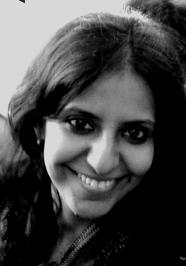 Simran Oberoi is an HR professional with a decade of experience across various areas. She also writes poetry and publishes the same frequently. Her Poems have been published in literary journals such as Apostrophe’O, Muse India, Kritya India, Free India Media. Her work has been shared as a good read by The Asia Writes Project. Her poem has also been selected for being published in the UK based The Asian Writer's anniversary edition "Happy Birthday to Me", a collection of contemporary Asian writing.

Fran Shaw, Ph.D., a professor at the University of Connecticut at Stamford, is the author of several books including 50 Ways to Help You Write and Writing My Yoga: Poems for Presence that explores writing as a path to awareness. Her new book, Notes on The Next Attention, is comprised of the recollected talks of a spiritual guide, with the aim of helping one awaken in the midst of everyday life (www.thenextattention.com).